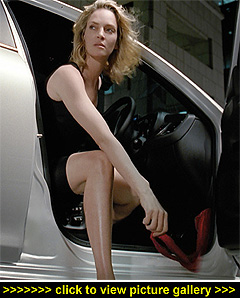 “In April 2012, the dreaded Benefit-
in-Kind company car tax increases.
So whatever car company car drivers
or user-choosers get with the latest
registration plate might not look so
financially appealing by then — but
Alfa Romeo has the answer...”

LONG THE DOMAIN OF RETAIL CUSTOMERS, the sporting Italian brand is a relative newcomer to the UK's fleet and business sectors for new car sales. However, most manufacturers cannot exist on retail sales alone and with a rejuvenated product line-up that started with the MiTo supermini and has since been followed up — even more impressively — with the introduction last year of the Giulietta five-door, coupe-styled sporting hatchback.

UK sales of Alfa Romeo models have increased by 65 per cent for the first seven months of this year and the brand received a huge pat-on-the-back by gaining a much improved showing in the annual JD Power Customer Satisfaction Survey with a 10th position.

The Giulietta will continue its strong appeal to retail customers with a range of 120 and 170bhp 1.4-litre and 235bhp 1.75-litre petrol engines. But the Giulietta has now, for two key reasons, become a very attractive model for company cars drivers.

First and foremost is image. Company car users, particularly those who have had no option but to downsize to cut their BIK liability, still don't want to be seen as 'work-jockeys' behind the wheel of a Ford Focus, Vauxhall Astra, VW Golf, BMW 1/3 Series or Audi A3/A4 — every one of them obvious fleet cars.

By opting for a niche sporting brand such as Alfa, the driver is likely to be seen more as a retail customer, or at least an independent business user-chooser, and not just another commonplace company car driver.

The second reason is saving on Benefit-in-Kind tax — bad enough now but definitely much worse from next April. To counter this, Alfa offers the Giulietta with three JTD diesel engine choices: the 105bhp 1.6, the 170bhp 2.0, and now the potential business car favourite, the new 140bhp 2.0-litre unit.

With CO2 emissions of 119g/km, this latest addition is rated with a low 13% BIK tax rate, the same as the 105bhp 1.6-litre JTD unit, whose BIK will jump to 18% from next April. Yet both these diesel-powered models have a road tax rate of Ł0 for the first year and then only Ł30 per year thereafter. The 170bhp version is also initially Ł0 rated for VED and then Ł95 a year after that, and its current 18% BIK tax will increase from next April to 19%.

However, it's not all rosy news about the new 140bhp 2.0-litre diesel — it costs Ł1,200 more than the 105bhp 1.6 diesel which will put off private buyers although business customers will only pay a small percentage of that price increase in tax. That noted, the new 140bhp diesel engine is Ł900 cheaper than the 170bhp turbodiesel and only marginally less sporty performance-wise with a top speed of 127mph and a 0-62mph figure of 9 seconds. The new unit also saves on servicing costs by needing a visit to the workshop only every 21,000 miles — great news for high-mileage drivers.

The new 140bhp diesel-powered Giulietta looks a good proposition for business users and even high-mileage retail customers looking to inject some individuality into their lives. And the exclusivity, styling, fuel economy, and low running costs are all very good reasons to own one.

But the big bonus for would-be owners is the tax saving and the fact that they could be driving a sporty, good-looking and distinctive car with an iconic badge and not just another family hatchback.

While the Giulietta's styling and street image are desirable it's not the roomiest of family cars in the rear so do try before you buy. At 350 litres the boot's a good size but it does have a high rear load area sill so heavy items need to be lifted in or out.

With its rising waistline, the Giulietta's coupe-esque side styling runs nicely from the long, elegant front bonnet, with its distinctive deep Alfa nose and shield-style grille, back to the chunky, wide-stance tail.

Modern-day Alfas still seem to not convert smoothly from their natural left-hand drive configuration to right-hand drive: there is minimal foot room around the pedals, the steering wheel seems offset to them and getting the seat in the right position relative to the steering wheel was, for me, an issue.

That said, the cabin looks and feels like a sports car's should and — another plus point — is a relaxed place to be due to effective noise suppression features. These include a sound-proofing film in the windscreen, thicker side windows, and damping material to counter body vibrations. Only the gruff sound of the diesel engine under hard acceleration filters into the cabin.

The interior feels light and airy, thanks to carefully-crafted materials and the use of subtle shades. The main switches are grouped together in the centre of the fascia for easy access while the main instruments are viewed through a sporty three-spoke steering wheel. All the seats are supple yet still supportive, and there are lots of storage compartments to help keep car clutter at bay.

All Giulietta models come with a high level of standard equipment that includes all-round electric windows along with manual air conditioning and electrically heated and adjustable door mirrors. Move up a grade to the Lusso and you get dual-zone automatic climate control, fog lights, leather steering wheel with audio controls and the Blue&Me hands-free infotainment system.

For a sportier drive the Veloce model, as tested, features sports suspension which is a tad too firm and can give an unsettled ride due to the UK's many variable road surfaces. The Veloce spec also brings darkened headlights, side skirts, aluminium kick plates and pedal set, cruise control, part-leather upholstery and a set of 17-inch alloys.

One additional feature found on all Giuliettas is Alfa's D.N.A. This allows drivers to hone the car's responses to the driving conditions and it's pretty much foolproof: for sporty reactions select Dynamic; for urban environments and everyday use Normal; and for maximum safety in low-grip conditions select All-Weather. It achieves these adaptations by modifying the operating parameters of the engine, gearbox (in the case of the automatic), steering, brakes, and electronic differential.

Like most users, I suspect, I left it in Normal most of the time which worked perfectly adequately and served up a well balanced and responsive drive. Perhaps with the smaller 1.4-litre petrol engines, the Dynamic mode will give the car a bit more 'zip' but for the 140bhp 2.0-litre turbodiesel with 258lb ft of torque, the switch to Dynamic was surplus to requirements.

Talking torque, the new 140bhp 2.0-litre's 258lb ft of it felt very strong and responsive, pulling away speedily without fuss from just 1,500rpm. And it just kept going right through the rev range and only at close to maximum revs did it start to sound a bit coarse. The fifth and sixth gearing is relatively high (for optimising fuel and CO2 emissions) but most of the time the ample torque kept the engine responsive without much need to drop down a gear to pick up speed. The gearchange, unlike the one I tried recently in the high-powered petrol Cloverleaf version, was light to use and really slick.

Even with this latest tax-saver turbodiesel engine, the Alfa Romeo Giulietta retains its sporty pedigree and it should be given serious consideration by company car drivers who want a car that doesn't shout that they're driving a company-funded workhorse.

Against? Short of legroom in the rear for a family car, cramped pedal space, Ł1,200 price premium for the new 140bhp diesel unit over the 105bhp 1.6 diesel, and firm ride. On the plus side, it's an interesting and less taxing alternative to mainstream brand family hatchbacks with a good specification and sporty and distinctive styling. — David Miles