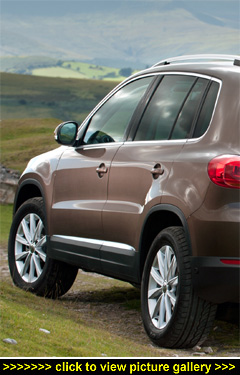 OFFICIALDOM'S NEW YEAR PRESENT to the British motorist is the kind you'd give your worst enemy. Firstly, the Department of Transport has just admitted that less than Ł1 in every Ł3 collected in motoring taxes goes towards road maintenance. So in 2012 the deterioration of our roads will continue unchecked.

And to add insult to injury, and with similar sleight of hand, local Councils collected Ł1.3bn in parking charges in 2010 from drivers. Not much of that went back into repairing the potholes, either... And don't forget that throughout 2011 most councils ramped up the cost of parking.

Of course, both the Government and Councils are using the cash to balance their books at the taxpayers expense. Highway robbery is alive and well across the UK.

In light of this what can motorists do? For a start, the majority of car buyers and users should set a New Year's resolution to adopt a strictly sensible approach to car owning in 2012.

And by 'sensible' we mean owning a car fit for purpose — in other words a vehicle that's fit for the pocket, retains a good residual value, is rugged enough to survive our degraded roads (because widespread gritting seems a lost cause) and with an all-weather capability. It should also be fuel efficient and certainly less taxing.

Fortunately, Volkswagen's new Tiguan crossover is just such a model, particularly in 2.0-litre TDI 4Motion guise, powered by the best selling engine in the line-up. Nine out of ten Tiguans bought in the UK are powered by a diesel engine and although this new Tiguan generation does offer two-wheel drive versions, only 20% of customers are expected to buy them.

UK customers go for these vehicles because they're durable, offer versatile seating and load carrying abilities and have better on-road traction in ice, snow, mud and rain. And, thanks to the ever-increasing demand for used medium-sized 4x4s, they have better trade-in values than conventional cars. New or used, and despite the depressed economic climate and mushrooming tax penalties, we Brits like our SUVs.

Depending on how you specify your new Tiguan — two- or four-wheel drive; engine size, trim level; manual or auto transmission — you'll pay between Ł21,088 and Ł28,020 to put one on your drive. There are three petrol and three diesel engines along with four trim and equipment levels: S, SE, Sport and Escape. The Escape version has a slightly more rugged front-end with more ground clearance and additional off-road driving features.

The most popular engine choice is the 138bhp 2.0 TDI. This turbodiesel unit delivers significantly improved CO2 emissions for lower taxes. Tailpipe emissions have dropped from 164 to 150g/km, consequently road tax is down from Ł165 to a very reasonable Ł130 per year. BIK company car tax on this new Tiguan is 23%.

With an on-the-road price of Ł23,280 and with a 'strictly sensible' buying approach, we tested what is probably the best buy of the range — the 138bhp 2.0 TDI 4Motion in S specification with a six-speed manual 'box.

Which all goes to prove that paying the minimum price for the best diesel engine (in terms of performance against fuel economy and CO2 emissions) makes sense, particularly as 4Motion four-wheel drive is also standard-fit. The only downside is that the cabin looks a tad neutral with not much in the way of detailed trim — but then why pay more for glitz which doesn't add to a vehicle's capabilities?

I briefly drove the new Tiguan a few months ago at its UK press launch — and was immediately impressed by the precise control of its taut and well-balanced chassis, the ride quality, and the responsive engine. All characteristics of the Golf hatchback, upon which the Tiguan is based.

Following on from my first drive, I wanted to see if it was just as impressive to live with on a longer period. And apart from the bland interior and conservative exterior styling, it is. It just lacks visual impact.

However, in the real-world that shouldn't matter too much because the 43mpg fuel economy is a major plus point. Officially it should do 48.7mpg in the Combined Cycle, but then very few cars ever match the official figures. But it's close enough.

The 4Motion system is seamless, running through the front axle with the rear axle only getting 10% of the drive most of the time — just enough to provide secure cornering and keep the car balanced. As more grip is called for, the rear axle is automatically brought into play step-by-step. In extreme cases, almost 100% of the drive can be directed to the rear wheels.

When driving in snow or deep mud, the differential lock prevents torque power being lost through the spinning wheel (or wheels). And while it's not a sophisticated heavyweight off-roader, the Tiguan's 4WD does a good job in adverse conditions and improves both on- and off-road driving safety.

The 138bhp 2.0-litre four-cylinder, direct injection turbodiesel unit is well known throughout VW and its other in-house brands. With 236lb ft of torque on hand from 1,750rpm, it's responsive with progressive power delivery. Partnered with the six-speed manual 'box, it's easy to drive. Maximum speed is 116mph — enough to makes light work of motorway cruising — and it's no slouch getting there: zero to 62mph is done and dusted in 10.2 seconds.

For some drivers the bland looks inside and out may count against it. Other gripes are the limited rear visibility and, for me at least, the not-so-user-friendly electronic handbrake.

On the plus side it has a lot in its favour starting with the strong and responsive engine and the seamless 4x4 variable traction system. It's also well equipped with a comfortable ride and well balanced handling. In other words, the new Tiguan is easy to own, easy to drive, and easy on the pocket and offers a sensible, relatively less taxing buy and that alone is a big help for a frugal New Year. — David Miles